Aluminium is one of Earth’s most abundant metals known for its lightness, strength and resistance to corrosion. There are many valid reasons to treat the surface of aluminium profiles. These include supplementing corrosion resistance; augmenting hardness and arresting wear-and-tear.

The anodic coating will not peel or flake. Anodizing is unaffected by sunlight, preventing fading and does not emit VOCs (volatile organic compound). There is no heat buildup in the aluminium profile as anodizing does not restrict heat dissipation.

Powder coating is becoming popular as it is eco-friendly, pollution free and comes in a wide range of colours. A heat resistant tape must be applied to the heat sink area as powder coating can inhibit heat dissipation in the LED.

Powder coating does not require any solvent to keep filler parts and binder in liquid suspension form. 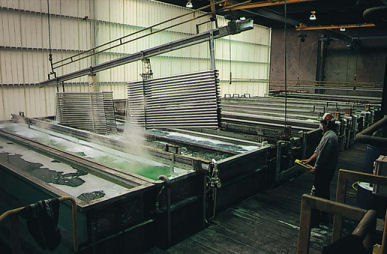 A colour rendering index (CRI) is a quantitative measure of the ability of a light source to reveal the colours of various objects faithfully in comparison with an ideal or natural light source. … The CRI is determined by the light source’s spectrum.

The Colour Rendering Index (CRI) is a scale from 0 to 100 percent indicating how accurate a “given” light source is at rendering colour when compared to a “reference” light source.

The higher the CRI, the better the colour rendering ability. 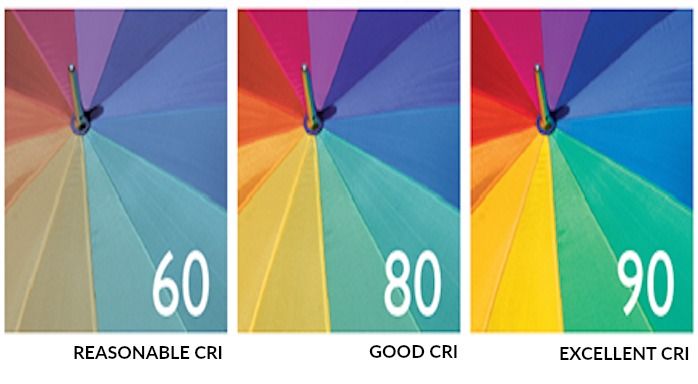 There are different working voltages of LED lights.

LED strip is the most popular type of light driven by constant voltage LED drivers, the general working voltages are 12V and 24V. All LED ribbon has a maximum run length before experiencing voltage drop; however, 24 volt LED ribbon has a longer maximum run length than 12 volt. 24V ribbon performs better which means the brightness is maintained from the beginning to the end of the strip.

The maximum run length is determined by the wattage per metre of the LED ribbon. The quality of the PCB (printed circuit board) also plays a big part in the optimal performance of the LED strip. Our American ribbon is a perfect example of high quality PCB.

Switching LEDs is very straight forward but dimming is a bit more complicated. There are different ways of dimming and the type of LED driver needs to be matched to the control system in use. We ensure that the fittings and drivers we supply work well together.

This method of dimming is most commonly used for electronic low voltage transformers typically used for halogen lamps. Rarely used for LED fittings and frequently troublesome with LED.

This method works for dimming dedicated LED ribbon when coupled to a 1-10V dimmable driver. It requires a separate two core ‘control’ cable to be run from the dimmer to the fittings driver.

Mains Trailing Edge dimming can be used to dim most dedicated LED fittings when coupled to a mains dimmable driver. No extra control cable is required.

DALI (Digital Addressable Lighting Interface) has been more commonly found in commercial environments and is a digital system. It is very flexible in its deployment and use. As with the 0-10V system it requires a control cable, but with DALI this cable can be run between many fittings. DALI is generally used with professionally designed lighting control systems. We are increasingly using DALI in residential lighting projects for its superior dimming, flexibility, cost-effectiveness and simplified wiring structure.

COB LED is the newest in LED technology. A fluorescent overlay encapsulation over a high-density strip light (more chips on PCB) results in a more even light distribution and higher brightness. Perfect for shallow extrusions for a dotless application. Available in various wattages to suit any application.

Our wide range of 100% silicone channel is a perfect replacement for traditional neon. The new generation silicone can be bent freely into any shape and emits an even glow of light. The IP67 rating makes it a great option for outdoor use and the UV protection prevents yellowing. We can customize the length and colour to suit any application.